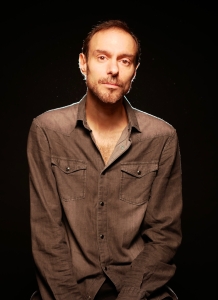 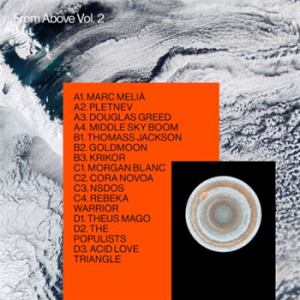 To set foot on the ground of a first album, Goldmoon had to fall! A real fall in real life, which forced me to put down my six strings for a few months and geek out on my computer. The electronic music of my teenage years came back to the surface and I listened to everything: vintage video games, movie soundtracks (John Carpenter, Blade runner, Terminator, Knight Rider), founding artists of the Warp label.
Somehow, this transition from guitar to electronics stimulates me, awakens a need to evolve, to continue to learn, to produce, to surprise…

The Goldmoon “imprint” has always been there, hidden behind my other projects, patiently waiting for its time to come. Without compromise. Only decision maker, master of my desires to express in music the darkness and the light, the repetition and the progression, the digital world and the organic world. So many complementary contradictions that represent a large part of who I am and where I come from.

But it is almost impossible to be alone. Those I have accompanied are a constant source of inspiration and more. And today it is my turn to give them a sign, to offer them a passage in my universe. I imagined this universe to be mainly instrumental before I realized how inseparable the voices were from it. Their positive feedback on my first attempts now forces me to take up a big challenge: to offer a setting to their melody while keeping the cinematic soundscape of my arrangements. Work in progress…

“Bells”, a first track (instrumental) of the project was released in 2020 compilation “From above vol.2” concocted by the talented Dj Chloe for her label Lumière noire.
Entitled “Bells Variation”, a beautifully re-arranged version of this track by pianist Alban Claudin was released as a single by Sony/Masterworks on January 21, 2022.

Welcome to the contrasts of my lunar satellite.

“The sweet and endearing sonic elements battle against the more somber sounds to form an experience that is both soothing yet slightly dark and esoteric, like a melancholy lullaby…”